A Tale of Two Myosin-Targeting Cardiac Drugs: A Rationale for Sarcomere Mechanistic Investigation

Cardiomyopathies refers to diseases of the heart muscle and based on structure and function can be classified into 3 major subtypes, which are dilated, hypertrophic, and arrhythmogenic (reviewed in (1)).  Cardiomyopathies result in distorted cardiac output due to impaired ventricular function, impaired filling, or a combination of both.  Current available pharmacological treatments for adult cardiomyopathies focus on the symptomatic features of the disease rather than targeting the underlying mechanistic defects; thus, they provide little success in altering disease progression.  Cardiomyocytes (cardiac specific muscle cells) change their length and load to generate the contractile force during each heartbeat.  The force generators within cardiomyocytes are cardiac muscle fibers, which are themselves comprised of individual repeating units called sarcomeres (reviewed in (2)). The sarcomere complex is divided into two main components which are the actin thin filaments and the myosin thick filaments.  As abnormal contraction is a major pathologic consequence of cardiomyopathies, an intriguing hypothesis is that specifically targeting sarcomere proteins may be more effective at altering disease progression.

The first small molecule drug to specifically act on the sarcomere was Omecamtiv Mecarbil (OM), which targets cardiac myosin (3).  Early studies showed that OM bound the myosin catalytic domain and functioned by promoting and maintaining myosin in an actin-bound force-generating state (4).  Additionally, new crystallographic structural studies showed OM does not alter myosin’s structure; rather, it stabilizes the lever arm in a primed position and increases the number of heads that can bind actin (5).  Decreased cardiac contractility is a common feature of heart failure and dilated cardiomyopathy.  In animal models OM was shown to increase cardiac function through prolonged ejection, but without changing the rate of contraction or enhancing myocardial oxygen metabolism which are both common, negative side-effects of current therapies (4, 6).  A recent phase III study of OM showed a reduction in cardiac events for patients on OM (37%) versus the placebo group (39.1%) (hazard ratio, 0.92; 95% confidence interval [CI], 0.86 to 0.99; P = 0.03); however, there was no overall change in how long patients lived (7).  While these results are a bit dispiriting, it suggests that myosin targeting drugs may provide a benefit, but further investigation is needed.  In that vein, a current study by Tang et al. showed that a mutation F764L in myosin, which promotes dilated cardiomyopathy (DCM), significantly reduced OM’s efficacy in vitro (8). Conversely, another myosin mutation R712L which promotes hypertrophic cardiomyopathy (HCM) responded strongly to OM treatment (9).  Thus, it’s fair to wonder if subsets of patients with underlying genetic mutations would respond more favorably to OM.   These recent studies suggest there is still more to learn about OM and its effect on myosin, force generation in the heart, and ultimately its potential as a therapy for heart failure. 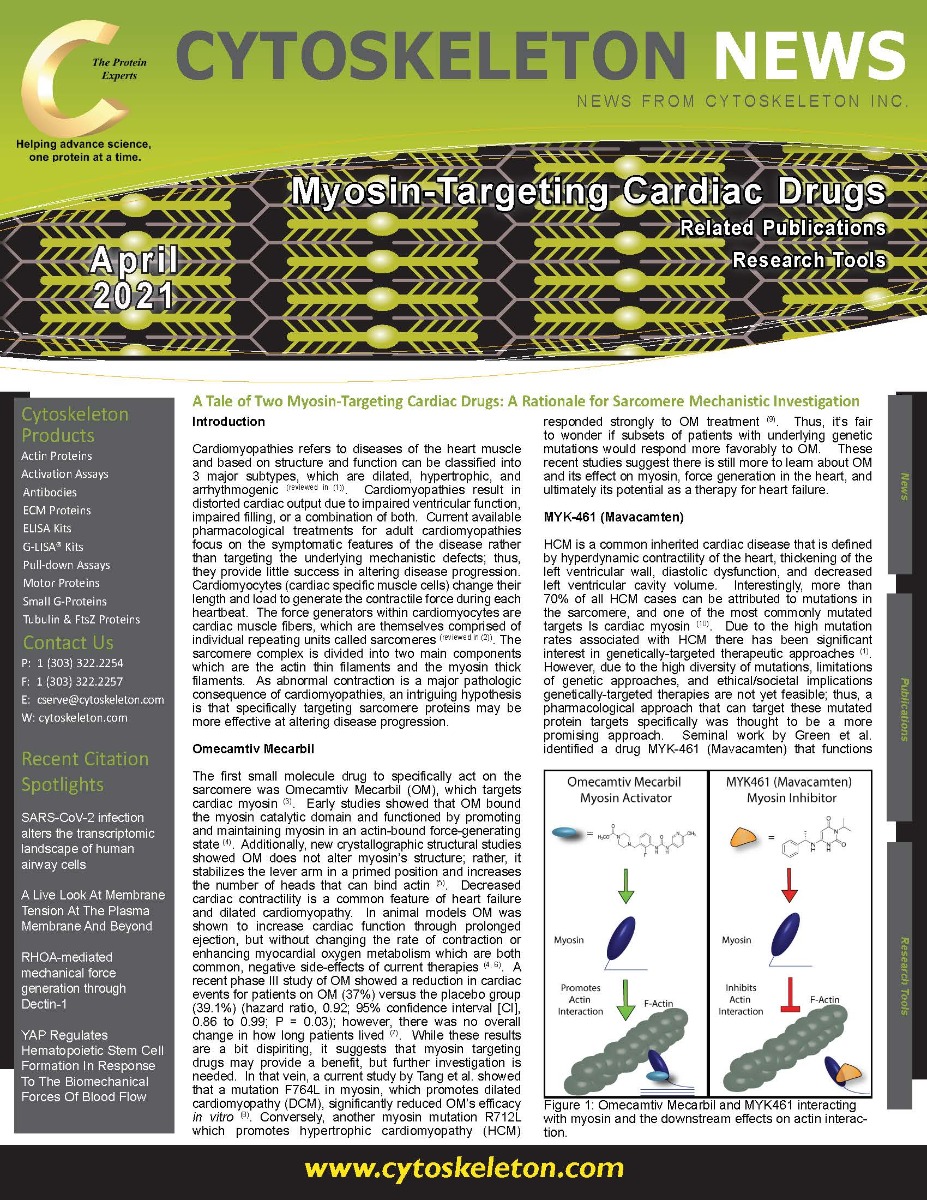 Figure 1: Omecamtiv Mecarbil and MYK461 interacting with myosin and the downstream effects on actin interaction.

HCM is a common inherited cardiac disease that is defined by hyperdynamic contractility of the heart, thickening of the left ventricular wall, diastolic dysfunction, and decreased left ventricular cavity volume.  Interestingly, more than 70% of all HCM cases can be attributed to mutations in the sarcomere, and one of the most commonly mutated targets Is cardiac myosin (10).  Due to the high mutation rates associated with HCM there has been significant interest in genetically-targeted therapeutic approaches (1).  However, due to the high diversity of mutations, limitations of genetic approaches, and ethical/societal implications genetically-targeted therapies are not yet feasible; thus, a pharmacological approach that can target these mutated protein targets specifically was thought to be a more promising approach.  Seminal work by Green et al. identified a drug MYK-461 (Mavacamten) that functions as an inhibitor of myosin and showed treatment with MYK-461 suppressed development of ventricular hypertrophy and myocardial fibrosis in mouse models harboring human HCM mutations (11).  Several recent studies suggest that MYK-461 not only reduces the steady-state ATPase activity of myosin, but also functions by reducing the number of myosin heads that can interact with actin, decreases the rate of myosin binding to actin in the ADP-bound state, and even maintained myosin in a super relaxed state as a mechanism to reduce hypercontractility seen in HCM (12, 13).  Most promising, is the findings from a phase III clinical trial for Mavacamten which reported more than double the patients, 37% (MYK-461) vs 17% (placebo), showed improved exercise capacity as well as positive results in all primary and secondary outcomes (14).  These results are truly inspiring and are the outcome of decades of research to identify the mechanisms that distinguish healthy and pathological heart function.

These potential heart failure drugs were designed with an emphasis on targeting the underlying mechanism of the disease, which was uncovered using sophisticated in vitro, cell culture, and in vivo pre-clinical models.  These results highlight the benefits of designing therapies that target the mechanisms and machinery that are misregulated in heart disease.  Yet the results also suggest that there is much to learn as better and more specific therapies are developed; these drugs provide a strong foundation to achieve this goal towards the treatment of cardiomyopathies and heart failure.  Cytoskeleton offers an array of myosin, thin filament complex, and actin proteins from cardiac tissue to aide in these discoveries.