Actin is a well-characterized, abundant, and highly conserved cytoskeletal protein. Actin was first discovered in 1942 by Albert Szent-Gyorgyi and Bruno Straub, and even during these early studies several observations were made about its dynamic properties which allow it to shift between monomeric (G-actin) and polymeric (F-actin) states (reviewed in 1). Actin’s dynamicity, which is vital for its regulation of most cellular processes, is controlled by many internal and external cues that are facilitated by actin binding proteins (ABPs), signal transducers, and others. Actin has well-established roles in muscle contraction, vesicle movement, cell motility, and many other biological processes. Without a doubt actin is an essential protein without which eukaryotic cell viability would be inefficient if not impossible; yet, for many scientific investigators actin is best known as a loading control for western blots. Here we provide three examples of actin’s critical role in several novel cellular processes, which shines a light on the ever-expanding functionality and importance of this unique protein. 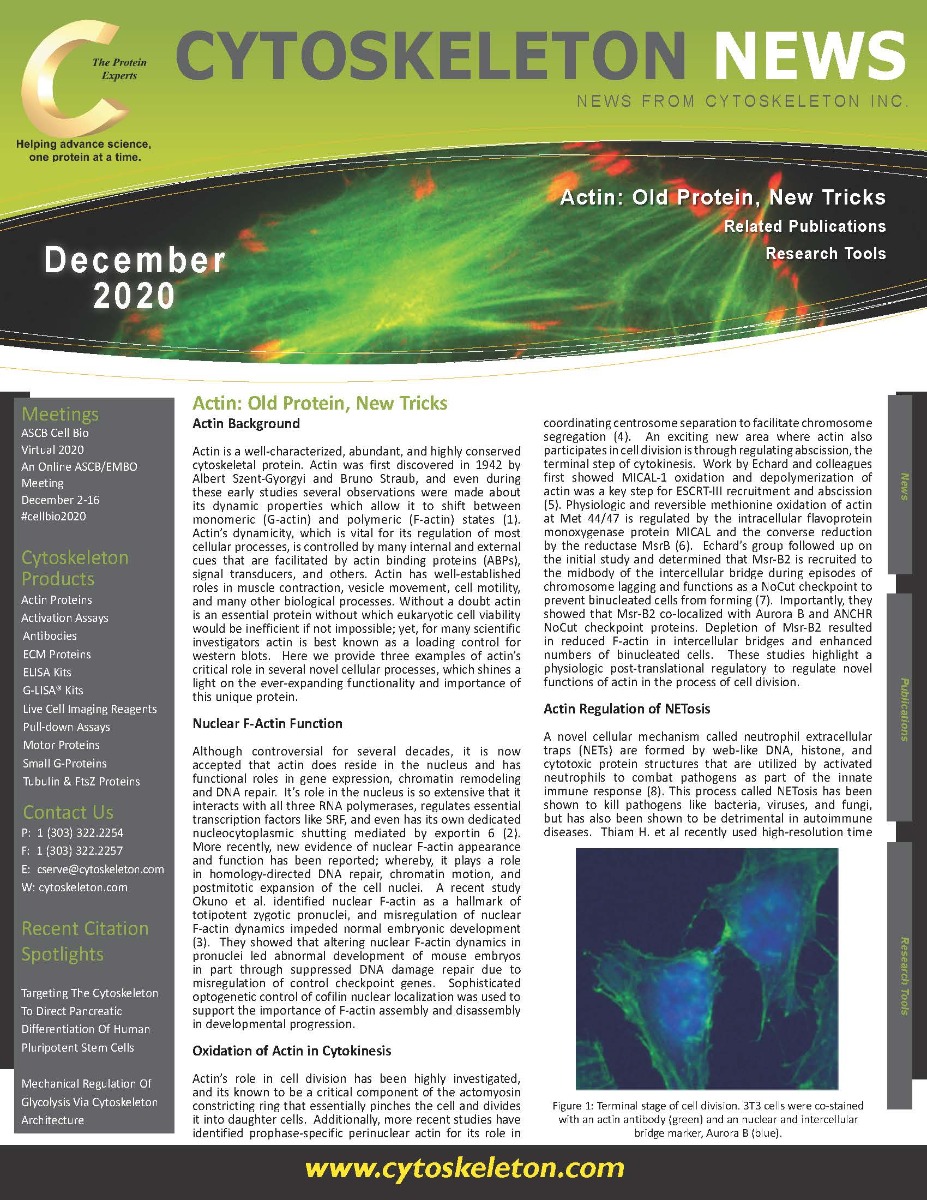