Regulation of cell shape and motility is an active area of research as investigators seek to identify the missing links that couple biochemical and mechanical stimuli involved in these processes.  While proteins and complexes like actomyosin, RhoA, and others are known to be involved in regulating cell shape, the upstream mechanisms that fine tune them are less well understood.  Recently, Gaston et al. investigated the role that the epithelial contractile adhesion molecule (EpCAM) played in this process, and found that it had profound effects on stress fiber generation, RhoA activity, and cell shape.  Initial studies utilizing cells depleted of EpCAM showed that the protein was important for front-rear polarization and migration.  Furthermore, shEpCAM cells was defective in its ability to form ventral stress fibers and had dysfunctional cell stiffness and traction force.  Conversely, expression of EpCAM in cells with low levels of basal EpCAM was sufficient to promote ventral stress fibers.  The group determined that dysfunctional stress fibers and cell shape was due to aberrant contractile activity, and they utilized various drug treatments to identify that RhoA signaling was involved.  Utilizing FRET probes and the RhoA activator, CN03, they determined that RhoA activity was enhanced in the absence of EpCAM, which they hypothesized was responsible for the hyperactive actomyosin phenotype.  However, through further investigation they determined that EpCAM and RhoA route together through the Rab35/EHD1 endosomal pathway.  This specific localization was critical for fine tuning actomyosin activity and impairment of this RhoA endosomal trafficking prevents myosin-II activity, stress fiber formation, and ultimately cell polarization.  Cytoskeleton’s RhoA activator (Cat. #CN03) was important for defining EpCAM effect on RhoA, and further defined the interplay between biochemical and mechanical properties and their effect on cell shape and function. 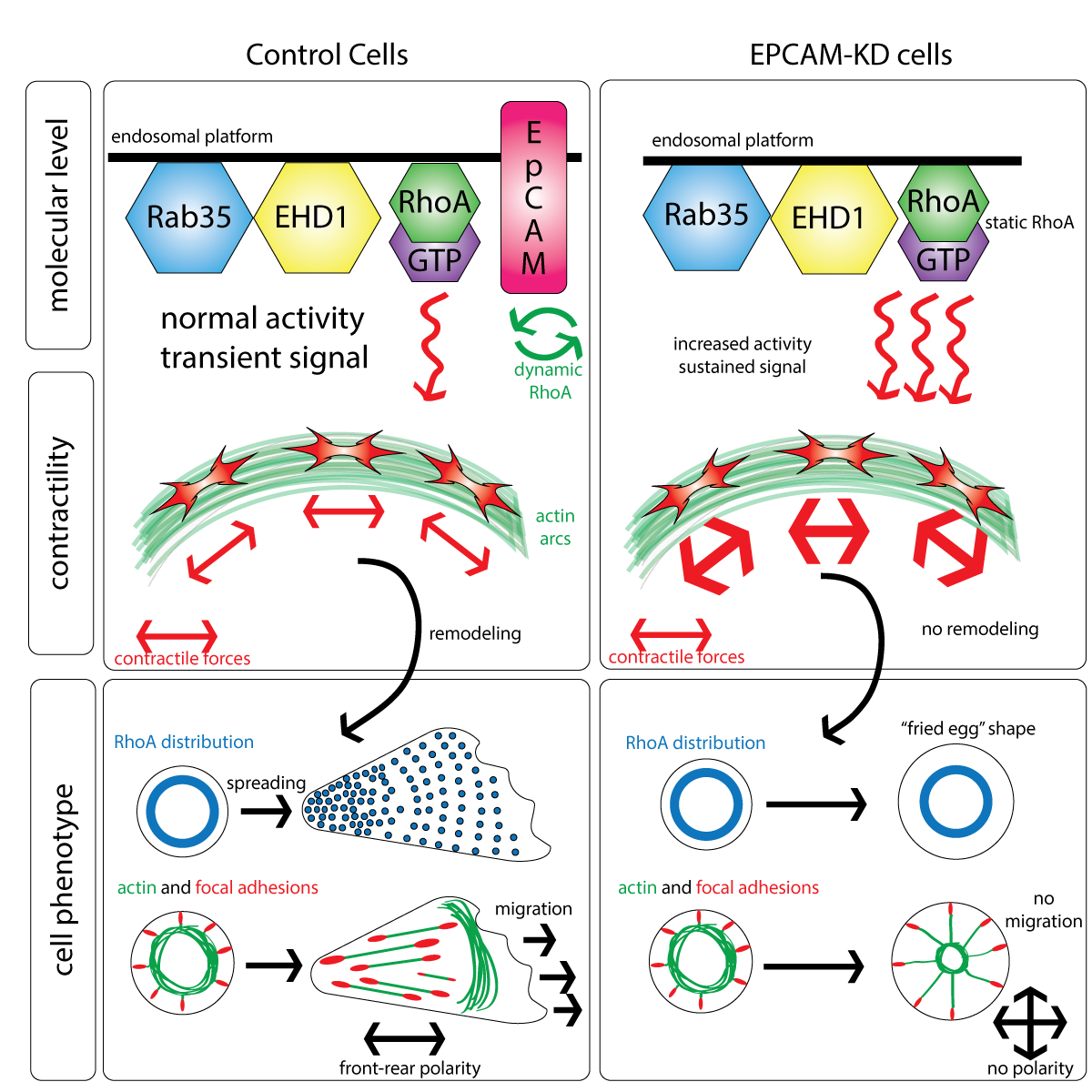 Proposed model for the tip density assembly mediated by phase separation of the tip complex.