Malaria has an annual death toll exceeding 400,000 lives and an estimated 229 million cases as recorded worldwide in 2019(1). Africa is the hardest-hit region, as it accounts for >90% of all malaria cases and deaths(2). Children under the age of 5 years are the most vulnerable group to malaria, where approximately 1200 African children die each day(3,4). The transmission of malaria is caused by the protozoal Plasmodium parasite through the bites of female mosquitoes from the Anopheles genus(5). P. falciparum, P. vivax, P. ovale, P. malariae, and P. knowlesi are the five Plasmodium spp. that cause malaria in humans. P. falciparum is the predominant parasitic species that accounts for nearly all the malaria cases in sub-Saharan Africa, while P. vivax is the leading cause of malaria in South America and Southeast Asia(6).

Also Included in this Newsletter: 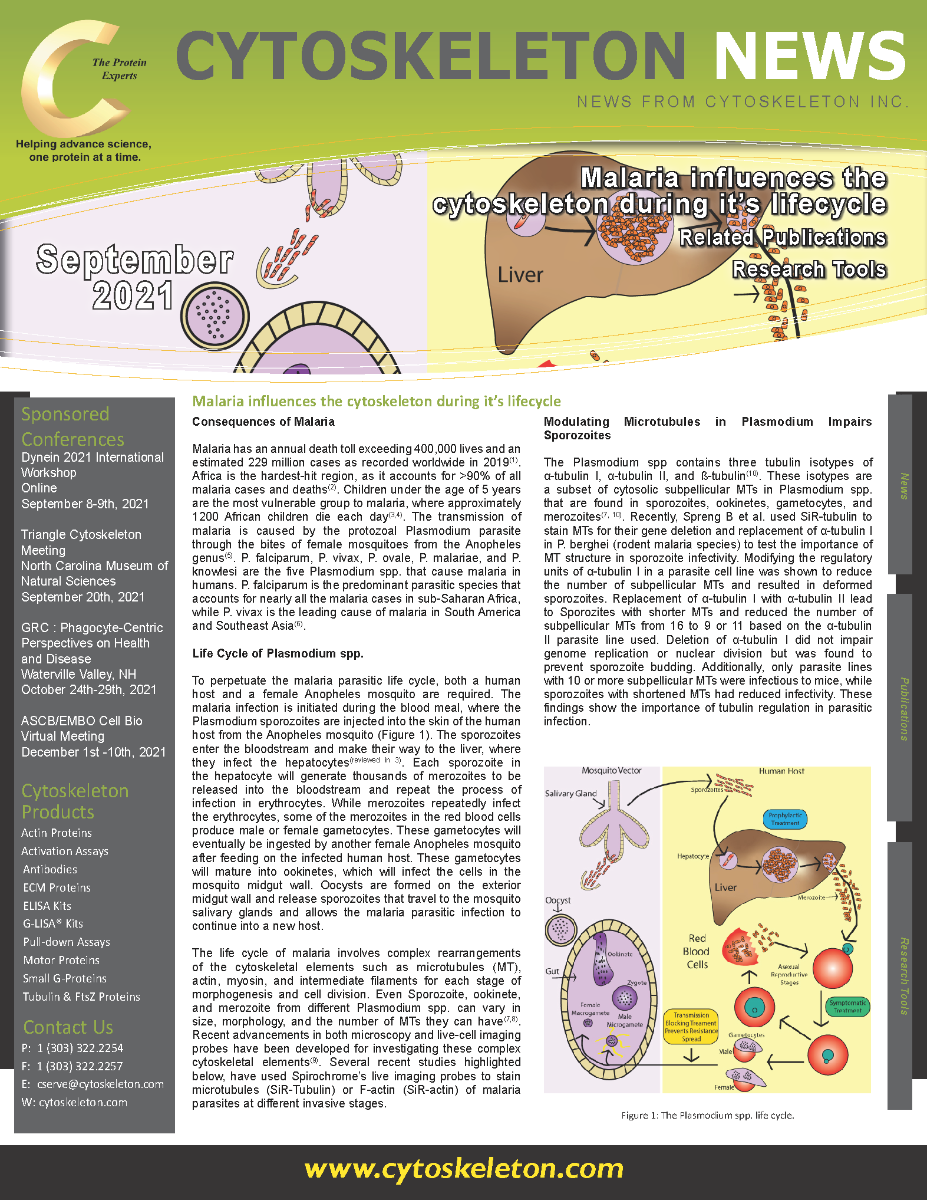