The appearance of Rac and Cdc42 proteins on the radar of the medical scientific community started in the 1990’s with seminal papers by Professor Alan Hall’s laboratory at MRC, UK. They identified Rac and Cdc42 small G-proteins (R&C) as central regulators of cell motility, shape and protrusions (lamellipodia and filopodia)1,2. Now several decades later, the concept has been fully proven in a multitude of publications (see refs. in these reviews 3 & 4), and the realization that these proteins are central to cancer cell motility and invasion has led the field to explore them as candidates for therapeutic intervention. Targeting metastatic cancer has become mainstream due to an average of 58% of cancer-related deaths, 10-90% depending on cancer type, are due to consumption by metastasis5,6. It must be noted, therapies based on the R&C axis are cell stasis interventions rather than the more typical cytotoxic cancer therapies such as cisplatin and paclitaxel; however, these different mechanisms could be more interdependent than previously thought....
Read More 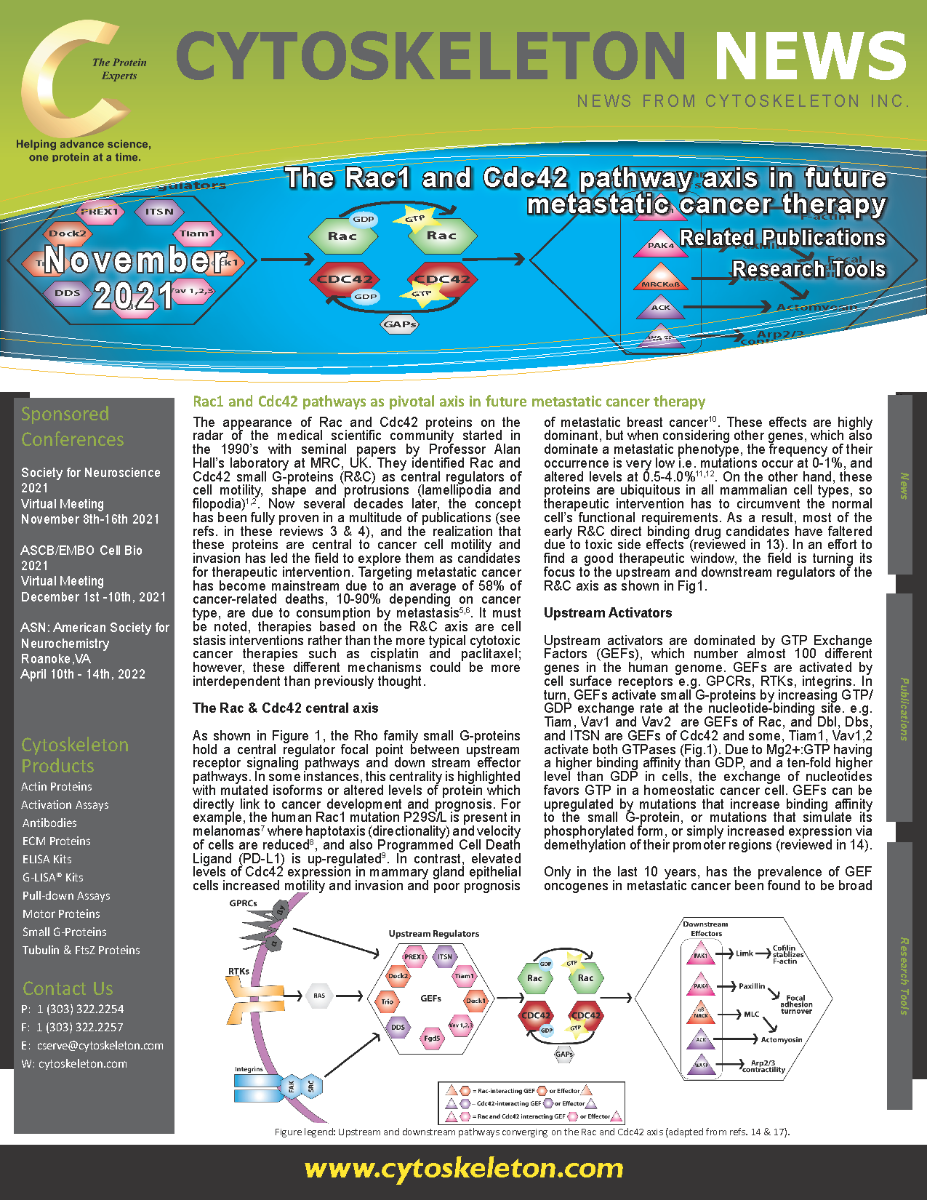