Microtubules (MTs) are composed of α/β-tubulin heterodimers and are one of three essential proteins that comprise the cytoskeleton of mammalian cells and have essential roles in cell development, growth, motility, mechanotransduction, and intracellular trafficking. Functional regulation of MTs is achieved through at least seven different post-translational modifications (PTMs) that usually occur post-polymerization and preferentially on the α/β-tubulin heterodimers of stable (vs dynamic) MTs. PTMs are highly dynamic and often reversible processes that regulate a protein’s functions, binding partners, and/or subcellular localization by addition of a chemical group or a peptide to amino acid residue(s) within the target protein1-4. 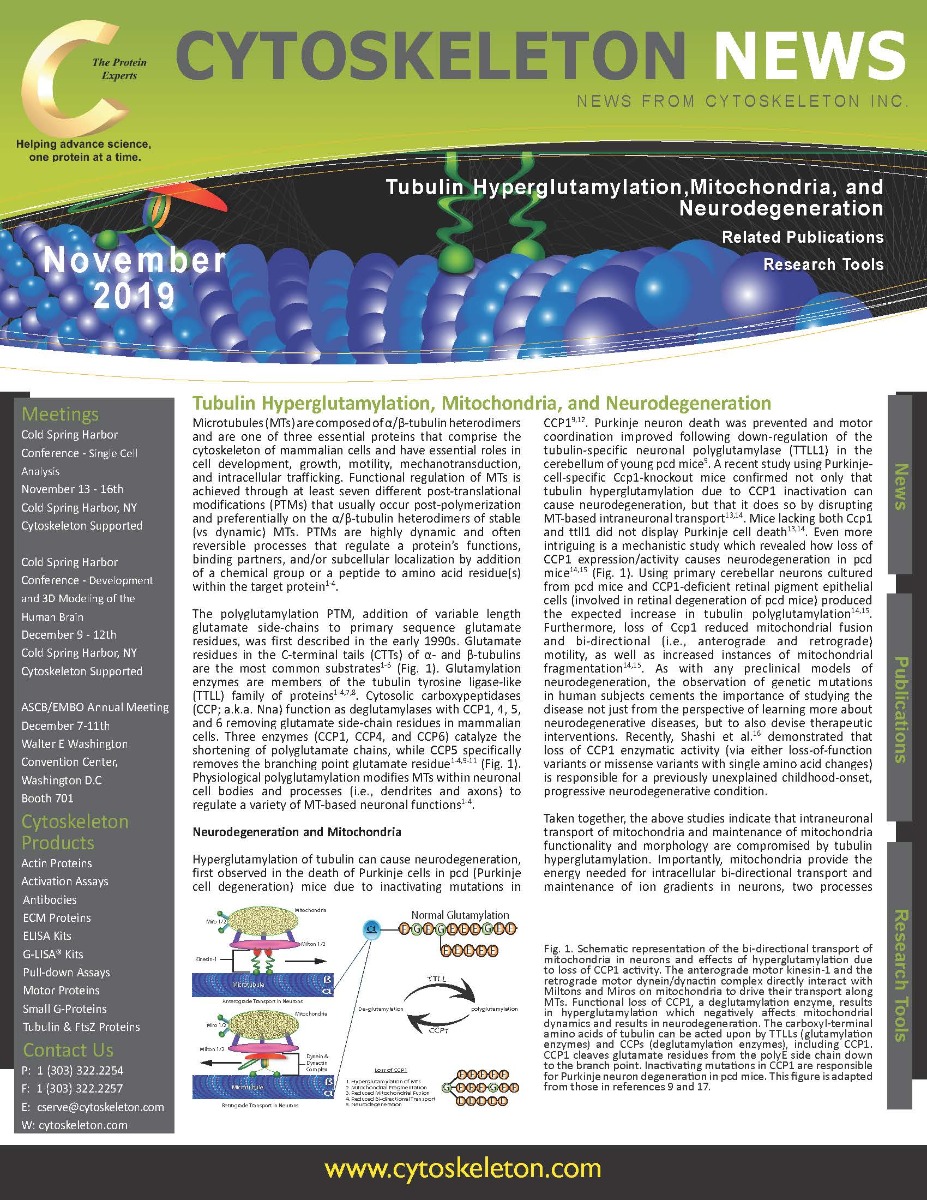