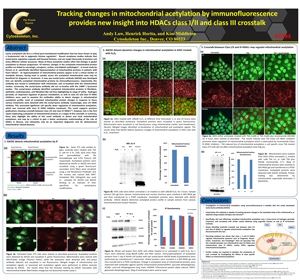 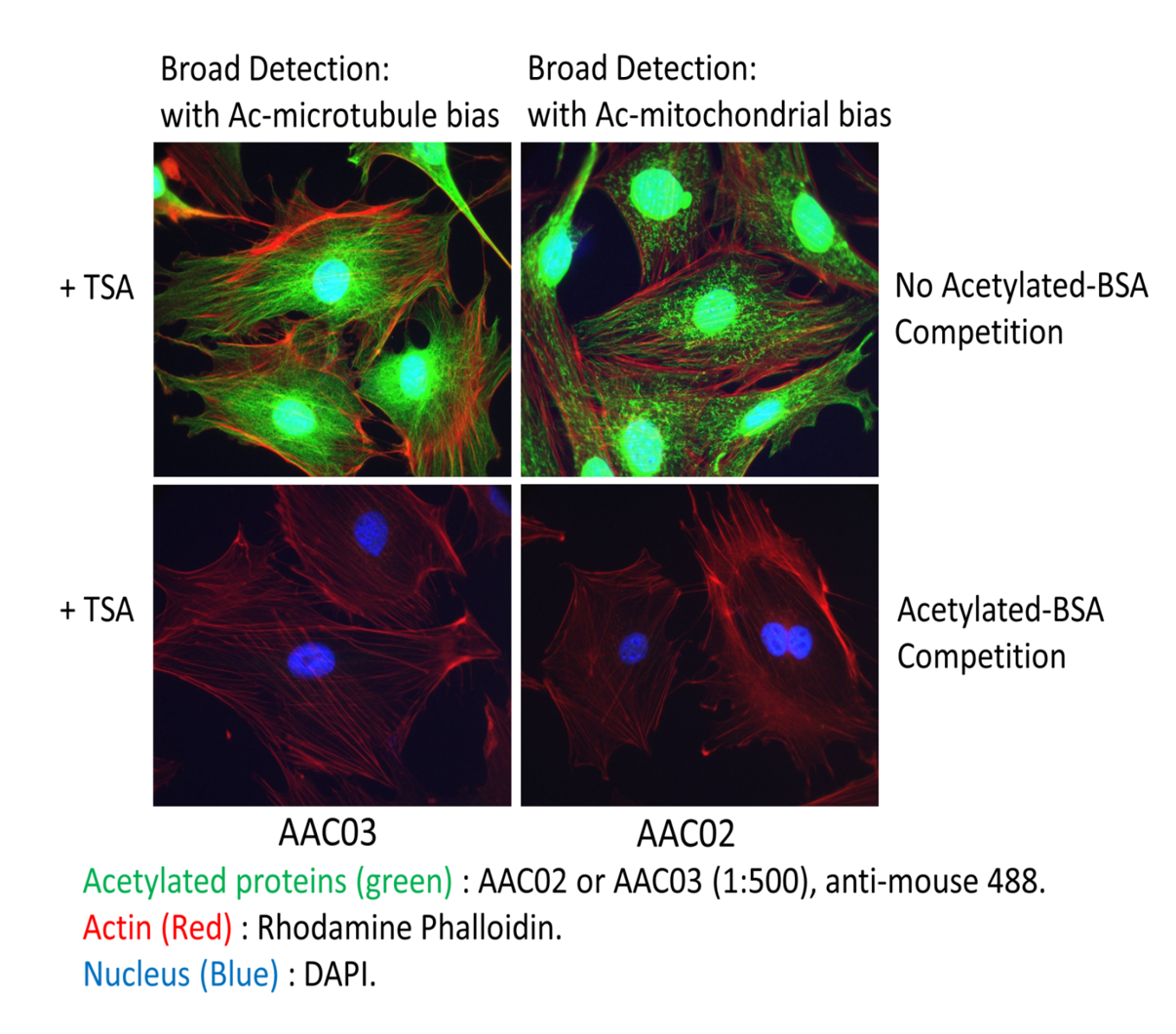 Figure 1a:  Swiss 3T3 cells seeded on glass coverslip were treated with TSA (1 uM for 6 h). Cells were than fixed and permeabilized with 4% formaldehyde and 0.5% Triton-X 100 respectively. Acetylated proteins were detected by AAC02 or AAC03 and were visualized using a green fluorescent secondary. Actin fibers were visualized using a red Rhodamine Phalloidin and the nucleus was stained with DAPI. Acetylated BSA (10mg/ml) was used to  compete for AAC02 and AAC03 binding as an indicator of their specificity for acetyl-lysine modifications. 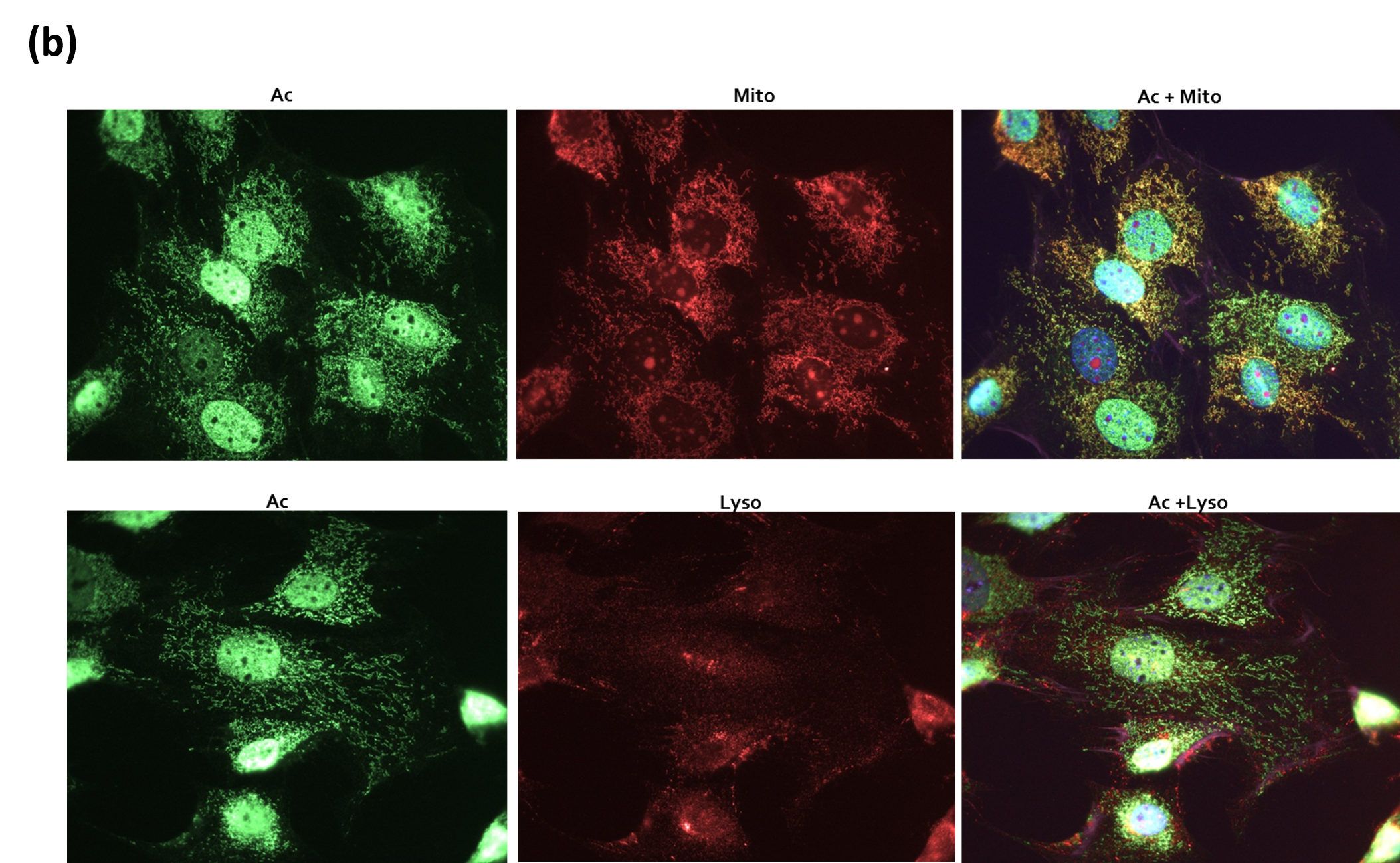 Figure 1b: Untreated Swiss 3T3 cells were stained as described previously. Acetylated proteins were detected by AAC02 and visualized in green fluorescence. Mitochondria were stained with MitoTracker orange (Thermo Fisher), while the lysosomes were detected with anti-Lamp1 antibody (Abcam) and visualized in red fluorescence. Merged images of mitochondrial and acetylation signals, or lysosomal and acetylation signals were performed to define vesicular staining by AAC02.  Our results show that the vesicular staining by AAC02 colocalizes with mitochondrial marker MitoTracker orange but not lysosomal marker Lamp-1.

Figure 2: AAC02 detects dynamics changes in mitochondrial acetylation in A431 treated with H2O2 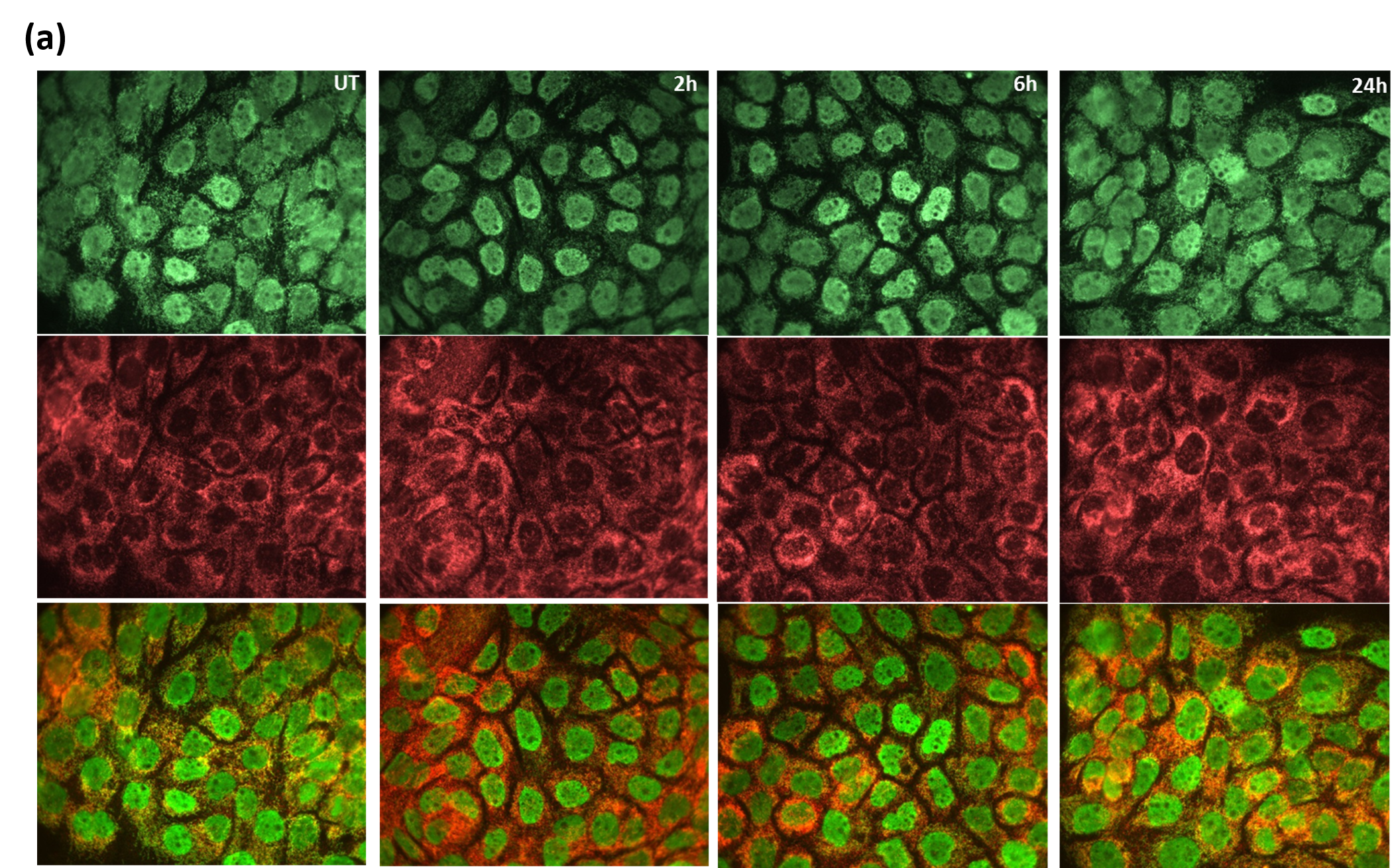 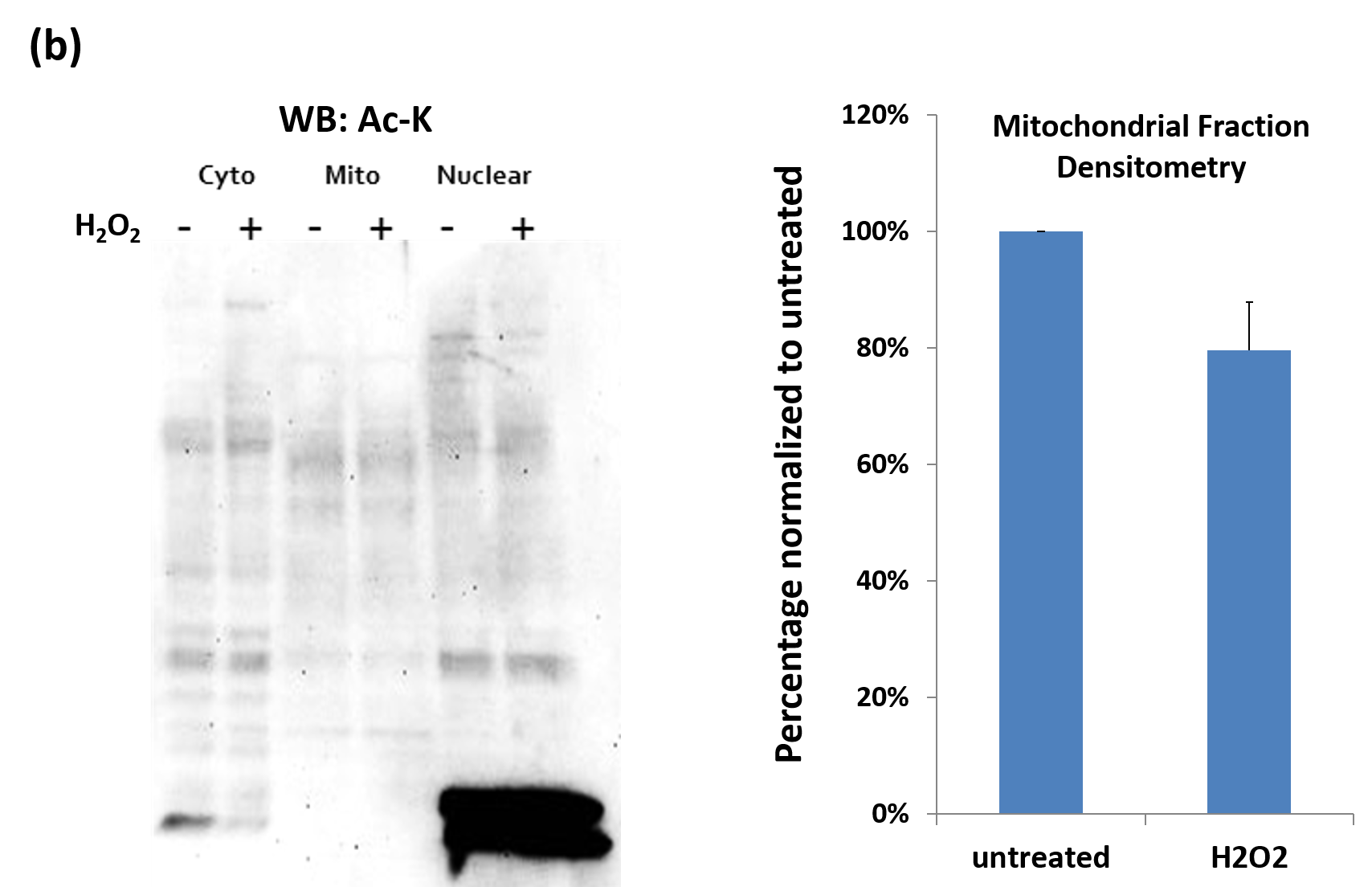 Figure 2b: A431 cells were either untreated (-) or treated (+) with 100uM H2O2 for 2 hours. Sample extracts (30 ug) from cytosol, mitochondrial and nuclear fractions were resolved in SDS-PAGE gel and then transferred to a PVDF membrane. Acetylated proteins were detected with AAC02 antibody.  AAC02 detects distinctive acetylated protein profile in sample extracts from cytosol, mitochondrial and nuclear fractions. 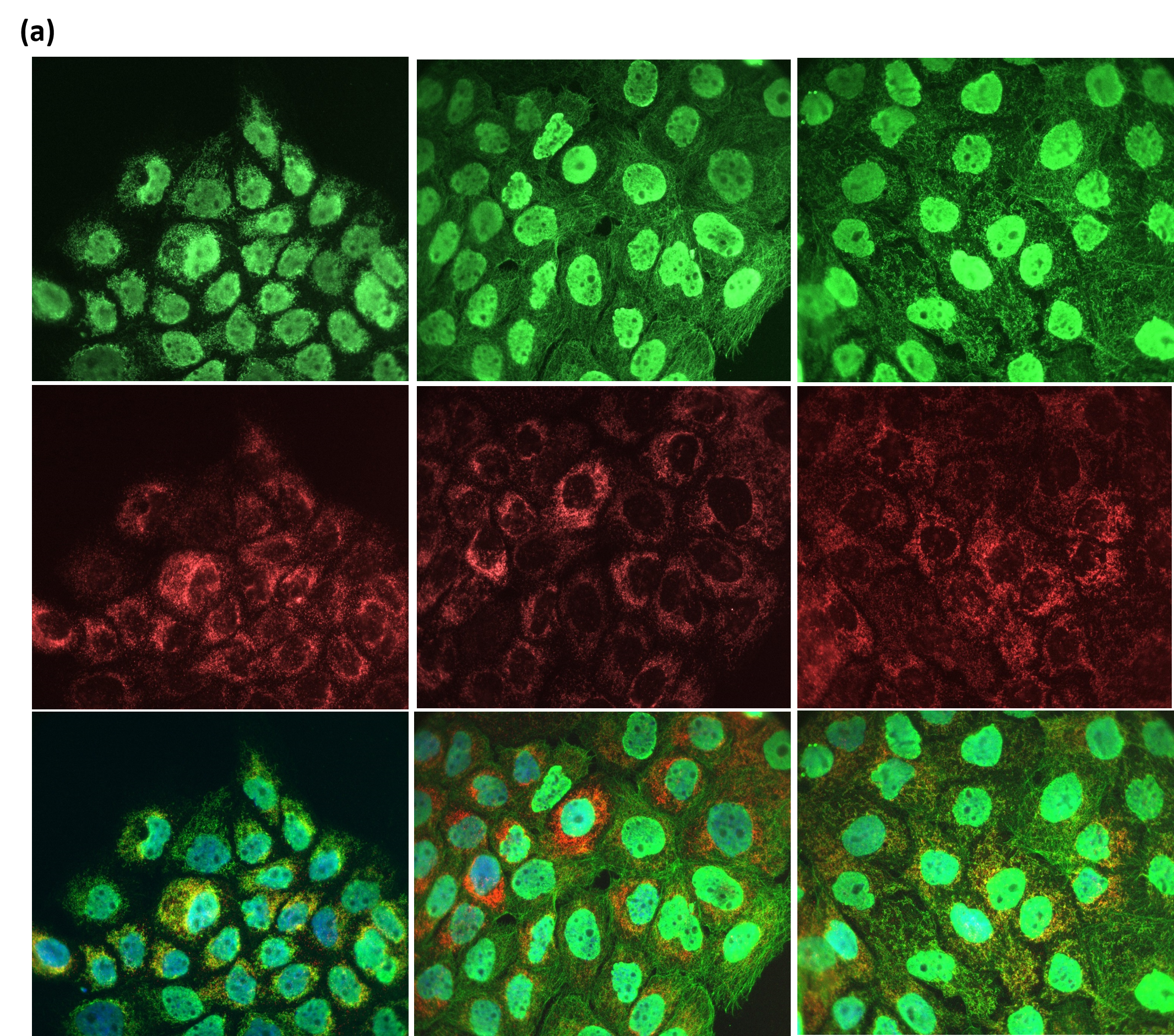 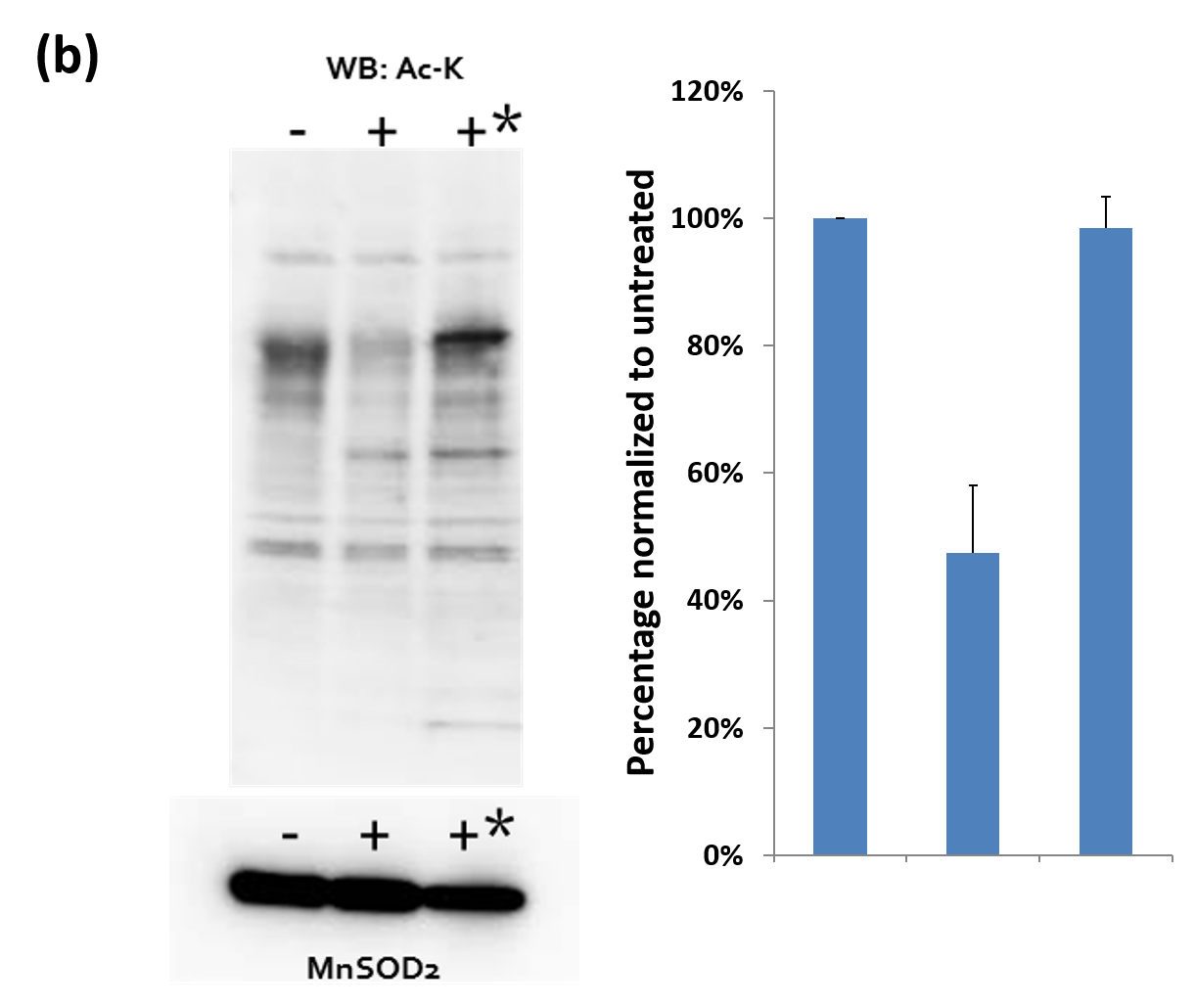 Figure 3b:  Mitochondria were isolated from A431 either untreated (-), treated with 1uM TSA (+), or 1uM TSA plus 50mM nicotinamide (+*). 30ug of mitochondrial extracts were resolved in SDS-PAGE gel and transferred to a PVDF membrane. Acetylated proteins were detected with AAC02 antibody. Protein loading was determined by mitochondrial superoxide dismutase 2 (MnSOD2). 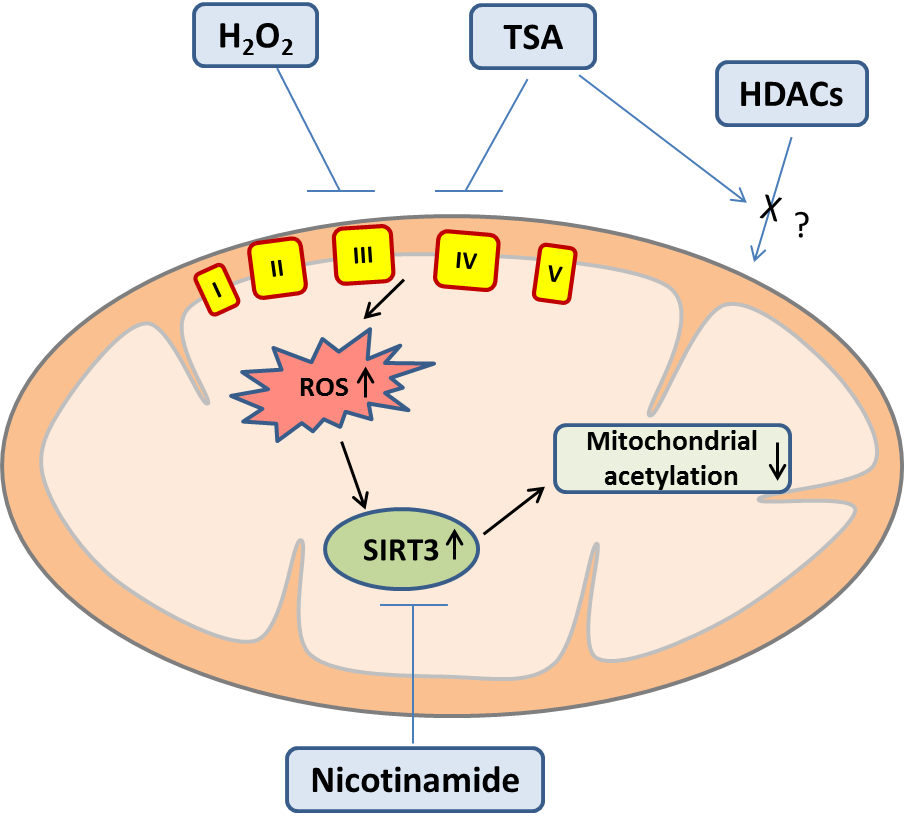