RasGRF1 is a guanine nucleotide exchange factor (GEF) protein and a member (along with RasGRF2) of the RasGRF GEF family of proteins. The human RasGRF1 gene is organized into 28 exons and localized to chromosome 15. RasGRF1 is an approximately 140 kDa GEF protein originally detected in brain with in vivo and in vitro GEF activity (GDP/GTP exchange) directed toward H-Ras, one of the three Ras isoforms (the other two being N- and K-Ras). For N- and K-Ras, RasGRF1 has only in vitro GEF activity. Subsequent studies found that RasGRF1 also has in vivo GEF activity toward Rac1, a Rho family GTPase and both in vitro and in vivo GEF activity toward R-Ras GTPase family members R-Ras, TC21, and M-Ras.

RasGRF1 is most abundantly expressed in post-mitotic neurons of the brain and spinal cord. In the brain the main areas are hippocampus, thalamus, hypothalamus, cortex, and cerebellum. Its expression is low during embryonic development and increases drastically in the first days after birth. Its presence has also been reported in pancreatic beta cells. Alternative splicing variants are expressed in brain, lung, pancreas, as well as several tumor cell lines. Within the cell, RasGRF1 exhibits a predominantly cytoplasmic distribution, particularly at the perinuclear area, and is mostly excluded from lamellipodia and peripheral structures. Significant levels are also found in the plasma membrane and in the endoplasmic reticulum, but not the Golgi apparatus. In neurons, it is enriched within the synapses of mature neurons. Postnatal RasGRF1 expression in rat brain can be increased by psychostimulants (e.g., cocaine, amphetamine), while mice over-expressing the Alzheimer-related protein, amyloid precursor protein with the Swedish mutation, have reduced levels of RasGRF1. RasGRF1 expression is also reduced in the brains of mice over-expressing the NMDA receptor subunit NR2B.

RasGRF1 is a protein that contains multiple motifs. The Ras GEF region includes the Cdc25 domain which exhibits GEF activity towards the Ras family GTPases and a REM (Ras Exchanger-stabilization Motif) domain, responsible for the stabilization of the core of the Cdc25 domain. Separating these domains is a region rich in proline, glutamic acid, serine, and threonine amino acids (PEST) that constitutes a hypothetical target for proteolysis.

RasGRF1 also possesses two pleckstrin-homology (PH) domains, which have been suggested to interact with polyphosphoinositides and other types of phospholipids and may play some role in RasGRF1 interactions with membranes; the α-helical coiled-coil (CC) motif, which plays a role in protein-protein interactions; a isoleucine-glutamine (IQ) domain, which binds calmodulin and is responsible for the calcium-dependent activation of RasGRF1; and a dbl-homology (DH) region, which exhibits GEF activity towards Rho family GTPases, in particular Rac1. The DH domain also mediates RasGRF1 dimerization that occurs upon activation. The DH domain and the second PH domain constitute the catalytic module that is present in all Rho GEFs and confers nucleotide exchange activity towards Rho family GTPases. RasGRF1, along with RasGRF2 and SOS, are the only known exchange factors that combine Rho and Ras exchange activity in the same protein.

RasGRF1 is activated by phosphorylation and RasGRF1 offers multiple phosphorylation targets with approximately 83 predicted sites: 63 serines, 19 threonines, and 11 tyrosines. The Ser916 residue is a frequent target. Phosphorylation-mediated activation of RasGRF1 occurs via stimulation of GPCRs depending on which residue(s) is/are phosphorylated. For example, RasGRF1 links signals from AMPA and NMDA receptors to the MAPK/ERK cascade in mature neurons. In addition, both receptor and non-receptor tyrosine kinases can phosphorylate RasGRF1. For GEF activity directed towards Rac1, RasGRF1 must be phosphorylated by non-receptor TKs (e.g., Src tyrosine kinase). Another example of functional kinase specificity is the nerve growth factor (NGF)-mediated neurite extension in PC12 cells that is enhanced by RasGRF1 requires H-Ras and extracellular signal-regulated kinase (ERK), but is independent of Rac1 or PI3K/Akt. Conversely, RasGRF1 utilizes both H-Ras and Rac1 in a PI3K/Akt-dependent manner to alter PC12 cell morphology. Notably, there is at least one instance of cross-talk between Rho and Ras GTPases as Cdc42 activates the non-receptor tyrosine kinase Activated Cdc42 Kinase I (ACK1), which in turn activates RasGRF1 via phosphorylation. In general, RasGRF1’s functional roles include control of cell growth, neurite outgrowth and differentiation, neuronal synaptic activity, neuronal synaptic plasticity, and organization of a neuron’s nucleus.

At the organism level, RasGRF1 knockout mice confirm that RasGRF1 has potent effects within the CNS. RasGRF1 has a role in hypothalamic function and growth hormone homeostasis. Loss of RasGRF1 impairs processing of visual information by retina (i.e., photoreception). In addition, learning and memory deficits are observed, including deficits in LTP and LTD and deficits in amygdala and hippocampal-dependent learning and memory consolidation. RasGRF1 knockout mice also show higher neuronal excitability, are more susceptible to convulsant drugs, and do not exhibit tolerance to chronic exposure to cannabinoids. RasGRF1 also appears to have a protective role in stroke-associated neuronal degeneration. Outside the CNS, RasGRF1 is important for pancreatic beta cell development and glucose homeostasis as RasGRF1 knockout mice exhibit body weight loss, hypoinsulinemia, and glucose intolerance. 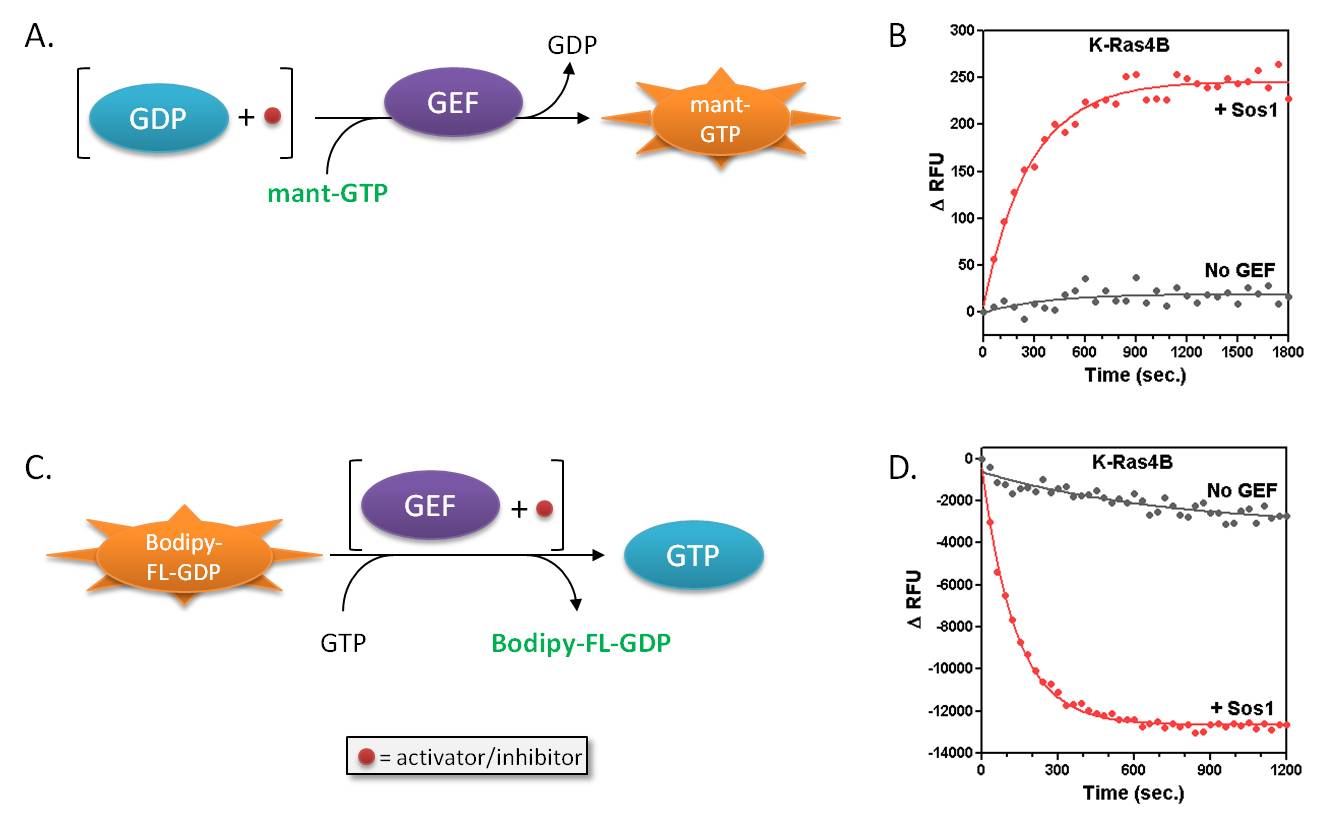