During initial efforts to annotate genomes, many potential coding sequences were identified that were assumed to be too short to encode functional proteins. To reduce the number of annotations and reduce the risk of false positives, an arbitrary cutoff was therefore applied, and sequences shorter than 100 amino acids (aa) were filtered out.1 Later, it was discovered that many of these small open reading frames (smORFs) are translated to produce microproteins, or micropeptides, whose expression is apparently just as tightly controlled as for canonical proteins.1,2
Many microproteins are encoded in 5'-untranslated regions (5'-UTRs), long non-coding RNAs (lncRNAs), and circular RNAs (circRNAs), and a significant number of them are translated from non-AUG start codons.3,4 These features traditionally made them difficult to identify, but the use of modern genomics technologies, such as ribosome profiling (Ribo-Seq) and sensitive proteomics workflows, has now firmly established that many smORFs are translated to produce detectable microproteins. Multiple studies have identified hundreds of microproteins in various cell types and tissues,4–6 often including previously unannotated examples, but the function of most of them remains unknown. Nevertheless, the emerging evidence indicates key roles for microproteins in many cellular and physiological processes, and in this newsletter, we will review some of the most important findings so far. 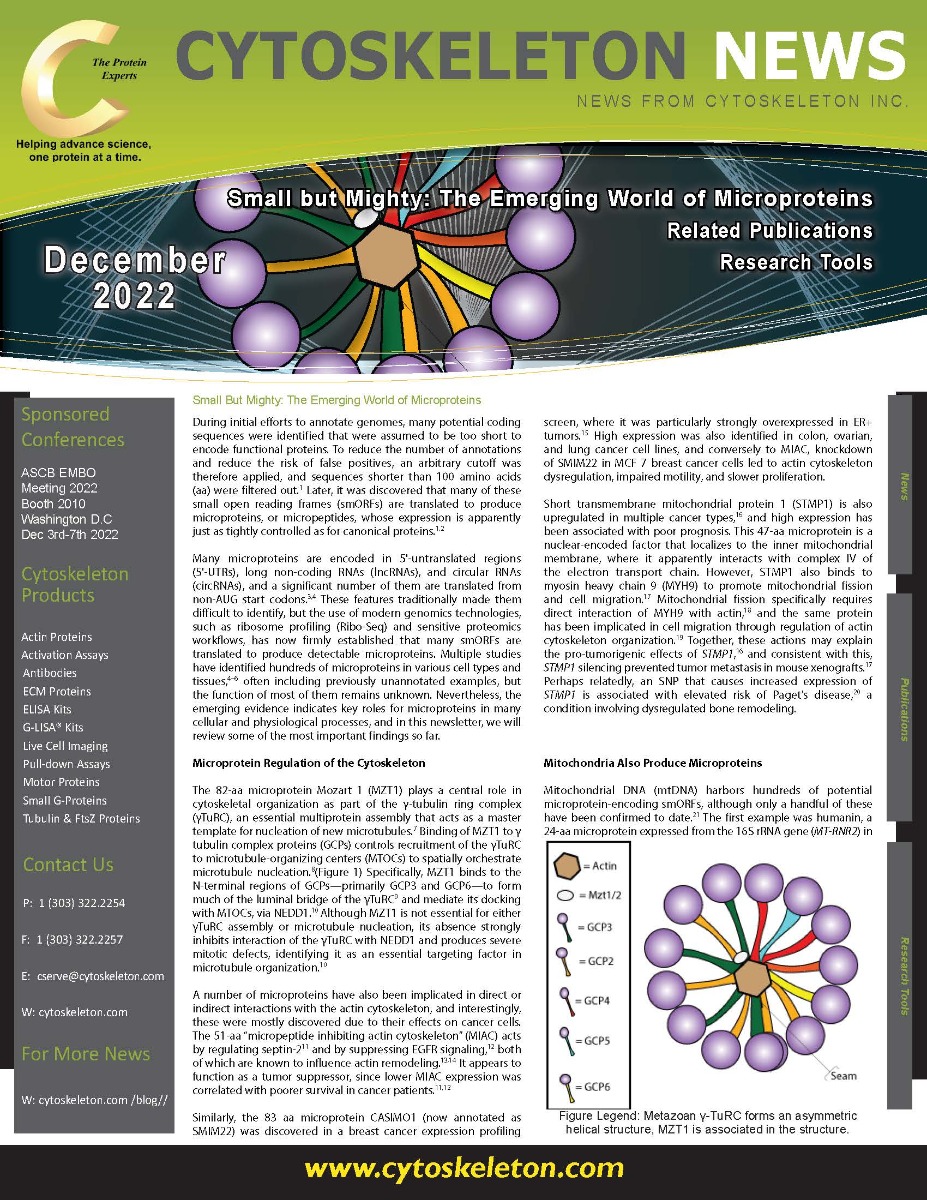