Rac1, a Rho GTPase and regulator of actin-based cytoskeletal dynamics and GLUT4

Ras-related C3 botulinum toxin substrate 1 (Rac1) is a 21 kDa GTPase encoded by 192 amino acids that acts as a molecular switch in a variety of cellular events that include cell motility, development, signaling, cytoskeletal organization, immune response, cell cycle, cell-cell adhesion, epithelial differentiation, and control of GLUT4 translocation for glucose uptake. Along with the Rho isoforms and Cdc42, it is a member of the Rho sub-family of Ras super-family GTPases and is one of 3 Rac isoforms (Rac2 and Rac3 being the others). Rac1 has approximately 88% sequence identity with Rac2 and Rac3. The three proteins diverge primarily in the last 15 residues of the C-termini. Like all Ras super-family GTPases, Rac1 is bound to GTP in its active form, whereas it is inactive in its GDP-bound form. Cycling between an active and inactive state is governed by guanidine activating proteins (GEFs; e.g., P-Rex1, Tiam1, Vav) that exchange bound GDP for GTP and GTPase-activating proteins (GAPs; e.g., ARHGAP30) that promote GTP hydrolysis.

Upon activation, Rac1 localizes to the cytosolic side of the plasma membrane, binding to the lipid bilayer through a post-translational modification (e.g., prenylation) on the C-terminus. Once activated, GTP-bound Rac1 can bind to a variety of effector proteins (e.g., PAK, Was, Nck1, Arfip2, Smurf2) to regulate cellular responses (often actin-based) such as secretory processes, phagocytosis of apoptotic cells, epithelial cell polarization, and growth-factor induced formation of membrane ruffles.

Similar to other Ras and Rho GTPases, Rac1 is targeted for multiple post-translational modifications (PTMs) beyond prenylation. Rac1 is an especially attractive target for infectious bacteria.  Haemophilus somnus and Vibrio parahaemolyticus, respectively, mediate AMPylation at amino acid residues Tyr32 and Thr35. AMPylation leads to inactivation of GTPase activity by preventing interactions with downstream effectors, thereby inhibiting actin-mediated cellular processes in infected cells. The toxin PAU_02230 from Photorhabdus asymbiotica glycosylates (mono-O-GlcNAcylation) Rac1 at Tyr32 which inhibits downstream signaling by impairing interactions between Rac1 and various regulator and effector proteins, which leads to F-actin disassembly. Another PTM, HACE1-mediated ubiquitination, occurs on GTP-bound Rac1 and leads to Rac1 degradation by the proteasome.

A key functional role for Rac1 is regulation of the GLUT4 insulin-regulated glucose transporter. Rac1 is highly expressed in insulin-sensitive tissues, such as adipose tissue and skeletal muscle. Rac1 regulates the translocation of glucose transporting GLUT4 vesicles from intracellular compartments to the plasma membrane. In response to insulin, this reduces blood glucose levels by facilitating glucose entry into cells. In obesity and type 2 diabetes, Rac1 signaling in skeletal muscle is dysfunctional, suggesting that Rac1 contributes to the progression of the disease. Rac1 protein is also necessary for glucose uptake in skeletal muscles that are activated by exercise and muscle stretching.

Given Rac1’s primary role in cell motility and cell growth via lamellipodia formation and its ubiquitous tissue expression, perhaps it is not surprising that Rac1 also has a prominent role in oncogenesis. For cancer cells to grow, metastasize, and invade, deregulation of cell motility must occur. Activating mutations (i.e., constitutive activity) in Rac1 are the focus in studies of Rac1’s role in cancer. Recently, activating mutations in Rac1 were discovered in large-scale genomic studies involve melanoma and non-small cell lung cancer. Additionally, constitutively-active Rac1 has a role in promoting mesenchymal-type of cell movement assisted by the NEDD9 and DOCK3 protein complex. This could result in epithelial mesenchymal transition (EMT) – a process implicated in tumor metastasis and drug-resistant tumor relapse. As a result, Rac1 is considered a therapeutic target for many of these diseases; however, given Rac1's role in glucose transport, drugs that inhibit Rac1 could potentially be harmful to glucose homeostasis. 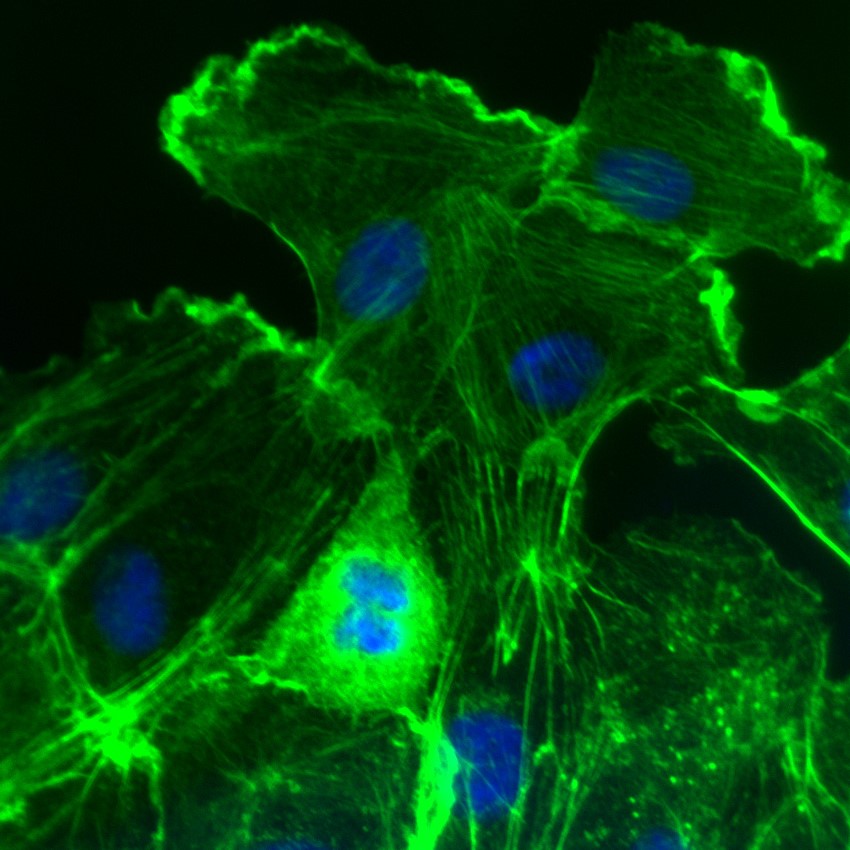 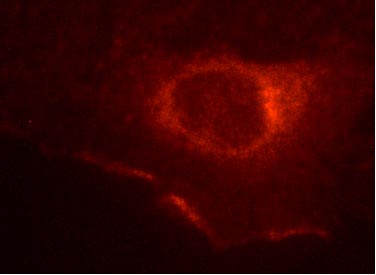 de Curtis I. 2014. Roles of Rac1 and Rac3 GTPases during the development of cortical and hippocampal GABAergic interneurons. Front. Cell. Neurosci. 8, 307.